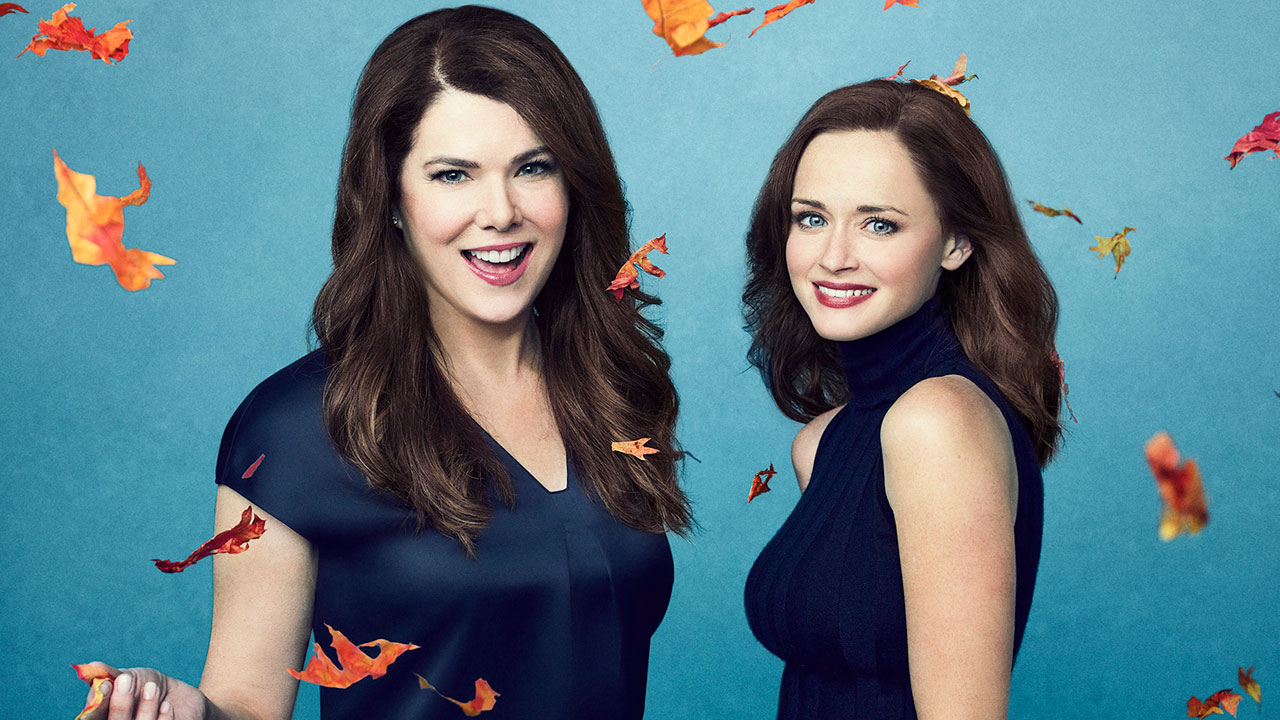 Reasons I love the Palladinos/favorite moments of the Gilmore Girls revival:

The ONE thing I could’ve done without

There’s not enough space for me to discuss this revival in true detail. I’ve thought a lot about how to organize all my thoughts, and I honestly still don’t know how. So in true Gilmore fashion, the Rory in me gave you some lists, and now the Lorelai in me is going to rant.

I could go on for days about what a goddess Emily Gilmore is. (And that her mourning of Richard’s death was handled exceptionally well.)

It took me five runs to fully realize that Rory is now the age Lorelai was when the series began. 32. Age looks different in different circumstances, on different people. Rory vs. Paris. 22 year old Rory vs. almost 22 year old April. Rory vs. Lane.

I think that a lot of my friends (and I, at points) are frustrated by Rory because we simply can’t believe that she doesn’t have it all together in her 30s. We don’t want to believe that we will be messing up like that in our 30s. And we won’t be, we’ll find our own ways to mess up. Hopefully they don’t involve a prolonged affair with an engaged college boyfriend, but you know what? Who knows. (Try not to do that, because even if he’s as cute and amazing as Logan, he’s still engaged. Even if her name is Odette, and I hate her existence, she is unfortunately still a real person that they both hurt repeatedly.)

Rory clearly doesn’t have it all figured out yet. But she’s well on her way. Life will not be tied up with a neat bow at 32, and that’s kind of jarring to realize (especially through one of my favorite characters ever). But it’s okay to be lost. It’s okay for Rory not to have the happy ending yet.

But it’s about damn time Lorelai Gilmore got hers.

I think that Lorelai’s storyline was framed around Richard’s passing in an implicit, abstract way. She found herself faced with mortality, and began to feel lost and unsure about a lot the parts of her life she had never really questioned before. Sometimes I forget that she never got to have the 20-something crisis that I’m about to have (woo graduation), or the 30-something crisis we watch Rory begin, because she was raising a child. This tough, coffee-drinking, fast-talking woman, is, at heart, a fiercely determined teenager who never looked back. Her life was largely shaped by rebellion and survival.

Lorelai deserved to go “wild.” She deserved time to reflect, then come right back to the familiar town where she built a life completely her own, with some new insight and clarity.

The moment when Lorelei stood by herself on that gazebo, after her and Luke eloped, was one of my favorite Gilmore moments ever. Watching Lorelai bask in her hard-won happiness. That wedding scene was the most beautiful tribute to her.

We all deserve the inner peace that a happy ending brings. That moment alone in the gazebo where we smile and know we got it right. Too bad there’s not a map of how our lives should turn out so that we can get there a little more quickly.

I’ve come across a lot of “shoulds” in talking about the revival. Rory should’ve broken up with Paul. Logan shouldn’t marry Odette. Lorelai should have said yes to the book to begin with.

You probably should, or shouldn’t, have done that thing that you’re thinking about right now, now that I’ve thrust us into “shoulda coulda woulda” land. I know I’ve got a dozen.

We’ll eventually find our way to the happy endings, but right now we’re living with huge question marks and a hell of a lot of uncertainty. I want to jump straight to my gazebo moment too, but we have to remember that Lorelai’s life was messy and crazy for a lot of the time that we knew her, during the original series. She just made it look cool and adventurous to be this daring, fiercely independent single mom. She had no idea where the journey would take her, just like Emily Gilmore had no idea she would end up in a whaling museum in Nantucket.

This is the part where I offer one last bit of wisdom, right?

I can’t lie and tell you that I watched this revival five times, and now know the secret to happiness and life.

I just hope you love something like I love Gilmore Girls.

And believe in something as strongly as Lorelai Gilmore believes in coffee.