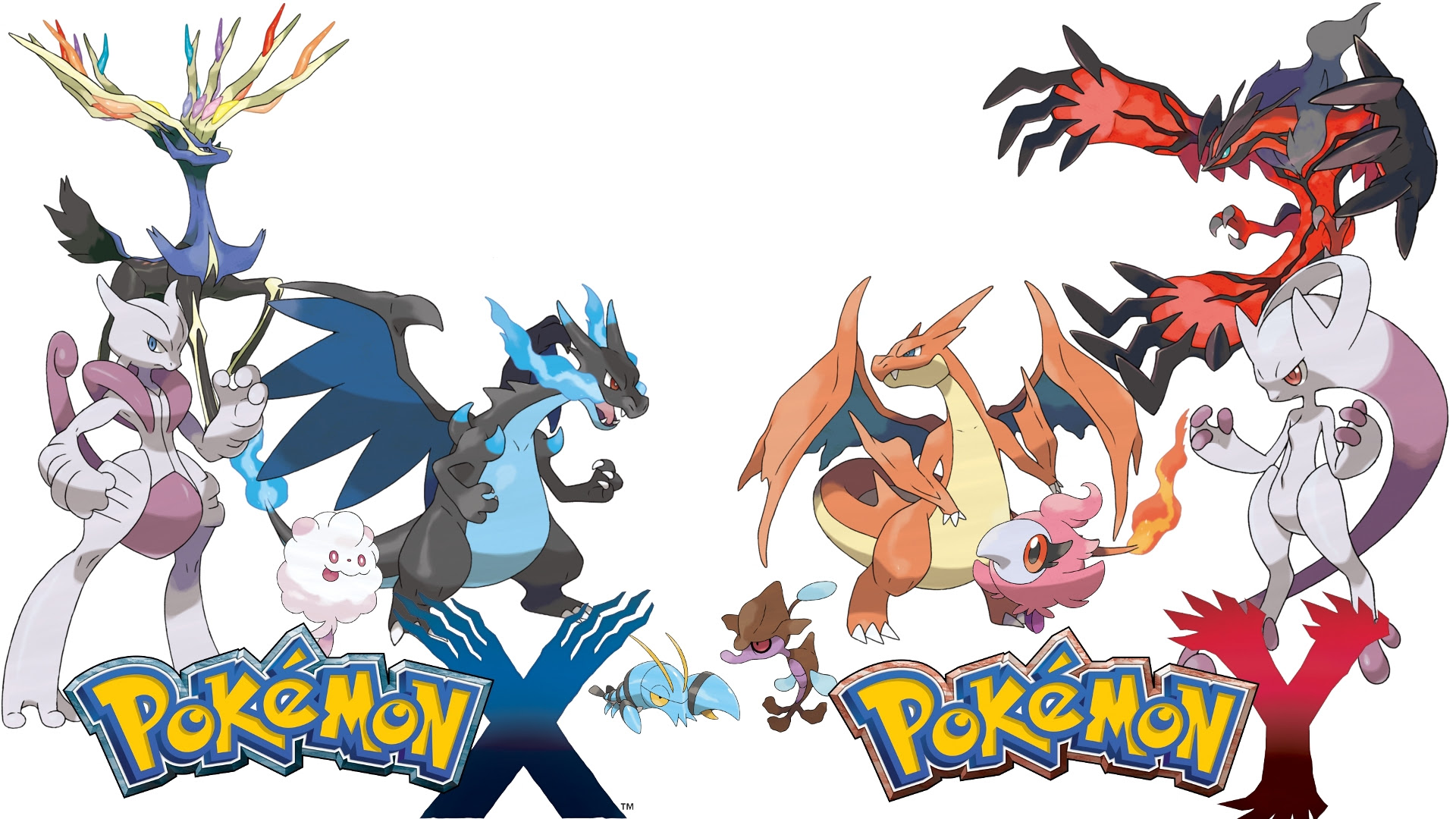 Hi there! My name’s Eliot Cowley, and this is my first post for the Main Circle’s Nerd Culture column. A bit of background about me: I’m a senior, and I spent last year studying at Waseda University in Tokyo, Japan. Needless to say, I love Japanese culture and the nerdiness that comes with it. I’m a computer science and Japanese double major, and hope to somehow use those majors to score a job in the video game industry. But enough about me! Let’s get to it.
My first post will be a review of the game I’ve been addicted to this whole year, Pokemon X/Y. I’ve been a huge Pokemon fan since Gold/Silver, and ever since the launch of the 3DS I was dying to see Pokemon in full 3D. These games did not disappoint. 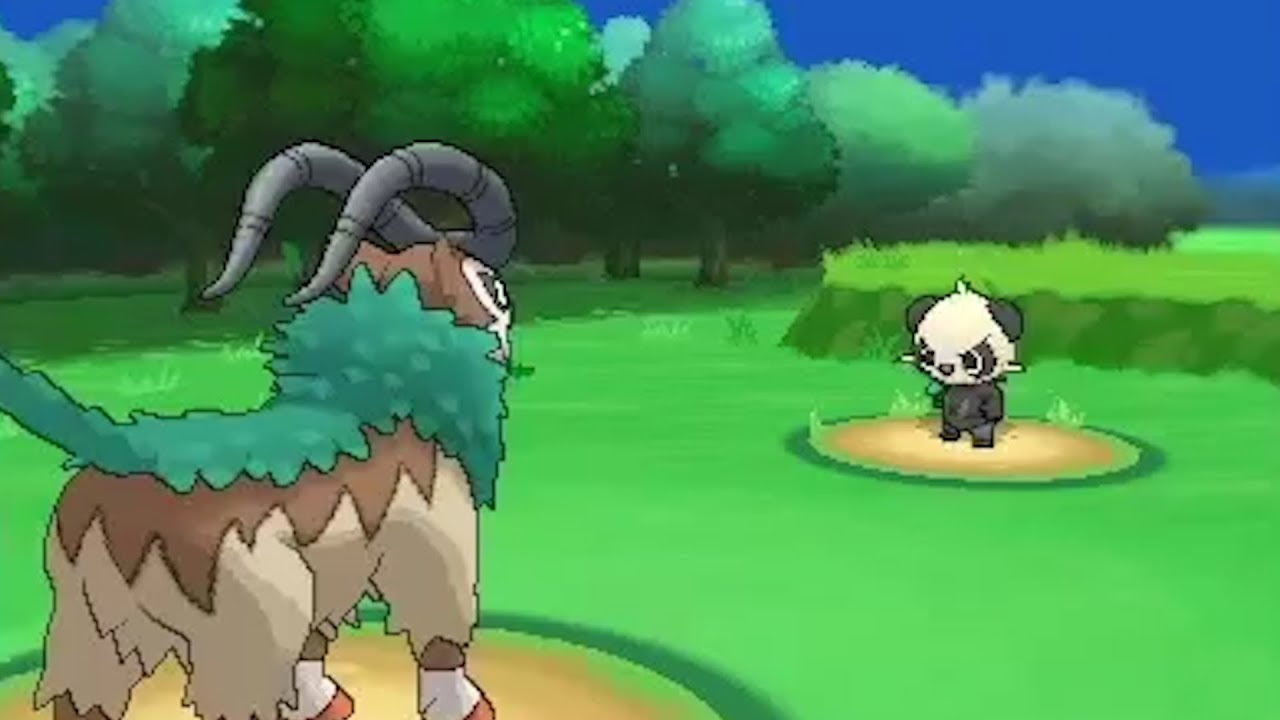 The first thing I noticed about X and Y is the graphical overhaul. Goodbye 2D sprites, hello 3D models! I can’t imagine how long it must’ve taken Game Freak to model all 700+ Pokemon. But they did, and the result is amazing. Truly one of the prettier games on the 3DS right now, and definitely the prettiest (core) Pokemon game to date. It’s sort of a cartoony, cell-shaded style that works very well. Attacks also look great, and feel very satisfying to use. You really get a better sense of the power of your Pokemon when you see them battling in 3D. I will say, though, that in battles, the frame rate often becomes choppy, but luckily not to the point where it affects gameplay.
The overworld is just as nice. Whether you’re wandering through a forest filled with tall trees, rollerskating through the vast Lumiose City, or walking up to the gates of the Pokemon League, it all looks very good and gives you a real feeling of scale that past Pokemon games didn’t always have. Camera angles zoom in and out to help add to this effect. Speaking of Lumiose City, though, it actually might be too big. I still can’t really navigate through it without the help of a taxi, which thankfully exists. The camera angle is right behind the player, which is cool at first, but actually makes it difficult to find what you’re looking for. Perhaps a map specifically for Lumiose City would’ve helped. But this aside, it’s still amazing, and actually big enough to be rightly called a city.
The music is good, as always. I’ve always loved the music in Pokemon games, listening to remixes on YouTube all the time. X and Y had me humming along to familiar themes, and before long even my host mom was humming too. Specifically, the Elite Four and Lysandre themes are very cool.
The story is pretty much what you’d expect from a Pokemon game: You’re given a Pokedex by Professor Sycamore and sent on a quest to catch every Pokemon, defeat the evil Team Flare, get all 8 gym badges, beat the Elite Four, and become the Champion. No major twists to the story like there were in Black/White. But story never really mattered that much in Pokemon–what matters most is the gameplay. Does it still hold up?

The short answer is yes, yes it does. There’s something about Pokemon’s gameplay that just never gets old. But they didn’t just leave it the way it was in Black/White. So many things have been added, it’s hard to keep track of them all. Let’s start with probably the biggest, or at least most popular, addition: mega evolution. Mega evolution is an in-battle evolution that makes your Pokemon even more powerful. Sometimes they even change types, and their stats change too. Only certain Pokemon have the ability to mega-evolve. You find certain stones in-game, which you can use to mega-evolve certain Pokemon. At the end of the battle, your Pokemon is returned to its normal form. At first I was skeptical–it seemed way too overpowered–and in some ways I still think so. But the fact that you are limited to one mega-evolution per battle helps keep a balance. It’s pretty amazing, especially the first time you mega-evolve, to witness. This is definitely going to shake up battle strategies big time.

Another addition is Super Training, which is a way to keep track of your Pokemon’s EVs and increase them by playing mini-games. Gone are the days of fighting endless Zubats to level up your Pokemon’s speed EV, and trying to keep track of how many you have. Super Training is located on the bottom screen, as one of three screens you can switch between. You can either have your Pokemon hit a punching bag for a certain EV, or play a mini-game to level up that EV. It takes a while, but it’s not nearly as long or as frustrating as it used to be, for which I’m grateful.

Another of the bottom screens is Pokemon-Amie, which is a way to interact with your Pokemon by feeding them sweets called Poke Puffs, petting them, and playing mini-games with them. I largely ignored this, thinking it didn’t have any real consequences for my Pokemon, but a friend told me it actually affects gameplay. Your Pokemon have an “affection” level, and when you level this up in Pokemon-Amie, your Pokemon are more likely to do critical hits and evade attacks. Amazing! There are so many ways to power up your Pokemon, though, I wonder if it’s too much.

The last bottom screen is the Player Search System, or PSS, which lets you battle and trade with friends on the fly, as well as battle and trade online. This is the easiest it’s ever been to battle and trade with people. There’s also a feature called Wonder Trade that lets you trade a Pokemon for a random one. You would think you would always just get Bidoof, but my friends have gotten surprisingly rare Pokemon, including starters and legendaries. Another feature worth mentioning is O-Powers, which are ways to power up in the field or in battle. For example, you can make it easier to catch Pokemon, or gain experience. You have a certain amount of energy that you expend to use these powers, and this energy regenerates over time. The more you walk around (in the real world) the faster it regenerates. It’s pretty handy, but like many other new features, can kind of make you overpowered.

Now, the main storyline itself. It took roughly 60 hours for me to beat the Elite Four, although I take my time so it would probably take most people much quicker. As with all Pokemon games, once I started playing I couldn’t stop. It’s so fun discovering new Pokemon and creating a team. The only thing is, it was too easy. By the end, my highest-level Pokemon was a good 20 levels above the Champion’s. And mind you, I was raising 6 strong Pokemon. No HM slaves. Catching legendaries has also gotten way easier. I caught both Yveltal and Zygarde with one Dusk Ball each. Call me old, but I remember spending hours trying to catch Rayquaza in Pokemon Sapphire, and when I finally did, I was overcome with joy. Or when I finally beat the Elite Four in Gold. It’s just so much more satisfying to win when it’s a challenge. I understand that Pokemon caters mostly to kids, but if they’re gonna make it this easy, they should put in a hard mode or something. There are so many ways to power yourself up that you become unfairly strong, and playing isn’t a challenge.

Lack of difficulty aside, I still greatly enjoyed the game. Ranking Pokemon games is incredibly difficult because of how much nostalgia I attach to each of them, so I’m not going to say where this game lies, except that I don’t think it enters my top 3. Still, it definitely lived up to the standard that Pokemon created for itself, and for that, I applaud Game Freak. This is probably the most confusing Pokemon has ever been, with so many new features (not to mention a new type, Fairy) that will forever change the competitive landscape. But I’m invested, and even though I’ve beaten the main storyline, and there’s not a whole lot to do afterward, I’m ready to build up my team and finish that Pokedex – well, try to anyway.

Now the wait for Omega Ruby and Alpha Sapphire!