Over the past 50 years, chemicals—both synthetic and natural—have become an intractable element of our society. Indeed, advances in chemical technology have enabled us to enjoy vast improvements in quality of life by enhancing agricultural production, lengthening food shelf life, increasing the efficiency of pharmaceutical drugs, and improving sanitation standards. 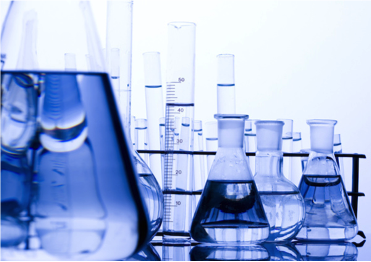 Currently, the chemical output of the United States is valued at $674 billion per year—approximately 20% of total global chemical production. Estimates place the domestic contribution of the chemical industry at 17% of GDP in the US, a value that approached $273 billion in 2009 and continues to grow. All in all, the American chemical industry produces over 27 trillion pounds of chemicals annually (Heintz & Pollin 2011).

However, the many benefits gained from the increased presence of chemicals in our lives do not come without cost. A wide pool of research exists linking chronic exposure to certain chemicals with impaired development and irregular functioning of the reproductive, immune, neurological, and neuroendocrine systems, particularly when the exposure occurs in utero. Many of these chemicals are termed “endocrine-disrupting compounds,” or EDCs. Such substances exert their effects upon the body by way of altered hormonal regulation.

Endocrine-disrupting chemicals can enter our bodies through ingestion, inhalation, and physical contact through skin. Whether we are aware of it or not, every individual living in the United States today is constantly subjected to exposure from a myriad of these substances. Metabolites of these compounds have been found even in the cord blood of infants, a result of maternal exposure during gestation.

What are some common EDCs?

Studies have demonstrated that exposure to these compounds may increase one’s risk of insulin resistance and diabetes, obesity, impairments in cognitive and social functioning, childhood asthma, and premature puberty. What’s worse, there is little to no federal regulation over the production and use of these chemicals in consumer products. In principle, the 1976 Toxic Substances Control Act equips the Environmental Protection Agency with the ability to mandate safety testing of a chemical substance and ban or otherwise restrict its use; however, the Act hasn’t been updated in the entirety of its 38-year-history. It is filled with ambiguous wording, loopholes, and technicalities that serve to exempt the majority of chemicals in commerce from its regulations. Out of the estimated 83,000 chemicals used for industrial and consumer applications in the United States, only five have been subjected to some degree of restriction.

The relative absence of effective chemical regulations on the federal level has resulted in an increase in state legislative action, as well as in consumer-driven industry innovation. Industry innovations are perhaps the most promising, as they offer a pathway to responsible chemical management that is largely voluntary; if consumers put their dollars towards safer chemicals, industry will follow. Ultimately, true sustainability requires corporations to be willing to follow chemical safety standards and alternative assessment guidelines, rather than being forced to do so under legislative requirements.

The Living Building Challenge is a prime example of this voluntary industry action. A stringent construction standard for environmental justice and sustainability, the Challenge encompasses a comprehensive set of imperatives for building projects that range from energy efficiency and water usage to equitable design of space and the avoidance of red-listed chemicals. According to the International Living Building Institute (ILBI), such “living” buildings ultimately aim to “reconcile the built environment with the natural environment.” Examples of buildings that have been certified—or are in the process of becoming certified—include the Smith College Bechtel Environmental Classroom in Northampton, MA; the Omega Center for Sustainable Living in Rhinebeck, NY; and the Bertschi Living Building Science Wing in Seattle, WA.

As was mentioned above, to reach the certification of a “Living Building,” a construction project must eliminate all red-listed chemicals from its building products and materials. The ILBI’s “Red List” spans 23 classes of compounds and includes substances such as asbestos, BPA, phthalates, and polyvinyl chloride (PVC), many of which have been demonstrated to exhibit endocrine-disrupting properties. Prohibiting the use of any of these chemicals in construction projects acknowledges the primacy of human health concerns and sets the stage for further industry involvement in the growing field of “green chemistry.”

It is expected that the pathway to a more responsible chemical management system will be long and fraught with difficulty. There is only so much that private citizens can do to expedite the passage of more effective regulatory policies. However, by paying with the pocketbook—putting one’s dollars towards companies that have voluntarily adopted sustainable chemical production practices or health-minded chemical usage—citizens can help to drive industry innovation, and set the stage for a more grassroots, sustainable chemical revolution.