The funniest, most intelligent, and most heartbreaking fantasy story I have ever read is a webcomic about stick figures.

No, seriously – bear with me here.

The Order of the Stick is a dramedy fantasy webcomic starring an adventuring party of six stick figures. This band of dashing heroes is ferociously competent, capable of sweeping away any threats and well on its way to saving their world. 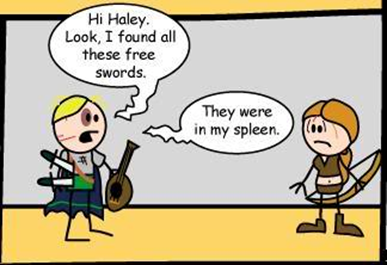 Well, okay, that might be a bit of an exaggeration. They are, in fact, pretty incompetent at everything except comedy. Unsurprisingly, that incompetence tends to help the comedy.

The comic began in 2003 when Rich Burlew was trying to increase traffic to his gaming website. The strip, which takes place in a D&D 3.5 world (non-players—think video game RPG with more customization), started as a way to poke fun at the game. It has now lasted for 12 years and 1,000+ strips. It expanded, is what I’m saying.

The comic’s scale has correspondingly ballooned over time. The party starts out in a dungeon looking for treasure and monster, but by present day, is fighting to save a world that no one else seems to care about.

The stakes didn’t do much to change how funny it is though, so there’s a plus.

Now, you may still feel skeptical. That’s perfectly fair – it’s a stick figure webcomic after all. Might be tough to take it seriously. The author can’t even be bothered to draw properly, after all. How good could it be? 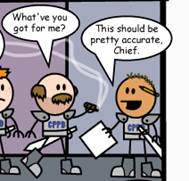 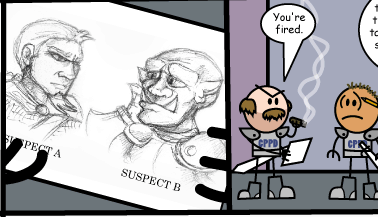 Burlew is actually a pretty talented artist though. He uses the simple stick figure style because he likes it, not because he’s lazy.

And it’s remarkably effective. These stick figures can convey a surprising amount of emotion. In the picture above, a pair of lines above the police chief’s eyes easily conveys annoyance. The first picture in this post (the one with the mountain of corpses) features someone obviously screaming in manic glee. Small lines are really all it takes to convey these characters thoughts. The art is not the focal point of this comic, but it still does a lot to enhance the writing.

And the writing is where this comic really shines. Most strips feature multiple jokes, most self-contained, but some stretching out as lengthy callbacks. 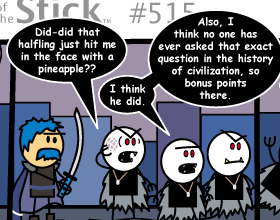 The writing goes beyond just comedy though. This comic can pack a punch. It has made me cry several times. He doesn’t do it often (there are less than 5 strips with absolutely no jokes), but when Burlew decides to break your heart, he likes to use a sledgehammer.

To make all that funny, dramatic, and sad writing work, of course, you need a cast of brilliant characters.

To introduce the heroes, I send you to this strip.

Not only is it a good intro to several main cast members, it also conveniently explains the initial plot. I would give individual intros, but there are six main cast members and I don’t have that kind of space. Mostly because I want to use that space to talk about villains.

Xykon is the big bad. He’s your basic, cackling “Look at me, I am so evil” villain, plus a generous dose of flair (and minus skin – he’s a skeleton). On the one hand, he’s just kind of a jerk. Causing pain is the only thing that makes Xykon happy. But at the same time… he’s just so damn funny about it. 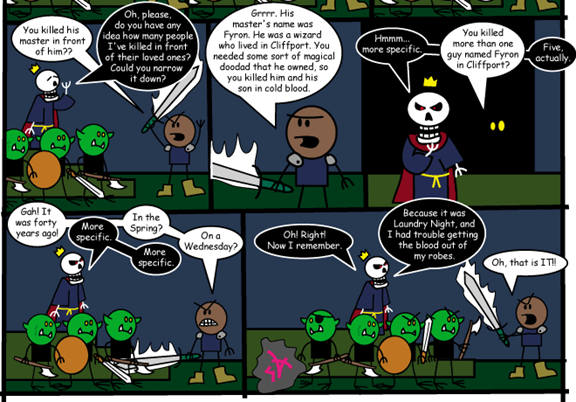 Terrible guy, but fun to watch.

Then there’s Redcloak, Xykon’s right hand man. He’s a goblin in a world that hates goblins. He fills the place of the sympathetic-backstory-villain, while still being badass and terrifying.

Tarquin is a walking spoiler incarnate, so I can’t tell you much about him. I can tell you that he’s scary smart, and more importantly, genre savvy.

Tarquin weaponizes storytelling conventions, using them to predict and manipulate his enemies. He knows that he’s in a story and is perfectly willing to take advantage of that knowledge.

(Plus, meta villains are fun.)

Honestly, this comic is worth reading for Tarquin alone. Sticks figure or not, he’s one of my all time favorite villains.

So let’s recap on the good:

Sadly, there is some bad. While there are over 1,000 strips, and several hundred left to go, the author’s update schedule is erratic. On top of some unspecified health issues, he accidentally cut open his thumb a few years back, permanently damaging it. The strips are worth waiting for, but there’s little he can do to speed things up.

Next, the setting. The comic occurs in a D&D 3.5 world, meaning that early on, there are many rules that non-players won’t get on the first read through (you will on the second). For D&D players, that’s an obvious plus. For non-players, it makes the first few dozen strips, before the story coalesces a little tougher.

To be clear, there’s always character and plot humor, and I got into this comic with no trouble long before I started playing D&D. But it’s worth knowing about in advance.

Finally, on the social justice front – Burlew has acknowledged that his early work has some issues, and has actually disavowed certain strips (only a few, and they’re easy to guess). Fortunately, he’s recognized his mistakes and is now actively working to be better going forward. The comic has become more diverse and inclusive in recent years without becoming preachy, and Burlew is dedicated to keeping it up. There may be some roughness early on, but he’s doing his best to make up for that.

That’s pretty much it for negatives though, and again, they’re well worth dealing with.

So that’s the Order of the Stick. If you like comedy, action, adventure, romance, self-awareness, convention-defiance, talking skeletons, puppet gods, and evil trees, then this will be a great comic for you. 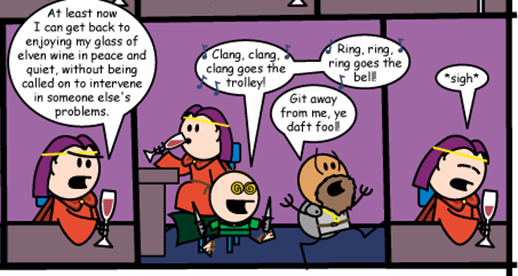