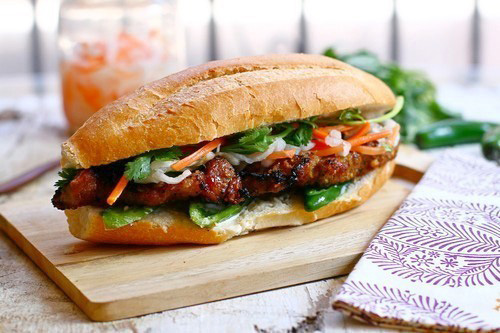 Vietnamese food has been a part of the diverse American food scene as far back as 1975. Undeniably, pho has always come up as that OG orgasmic dish that appears on the menus of literally all Vietnamese restaurants in the States. The name also probably represents the entire Vietnamese cuisine in most foreigners’ mind.

However, as someone who grew up in the country, I have a different perspective on this treat. Pho is not as big as you may think it is, like Sriracha – the finest hot sauce in the world that is the perfect complement to a hot steamy bowl of pho. Hardly any Vietnamese people inside of Vietnam know what Sriracha is! Shocking, right? Despite its long history, pho was a somewhat low-key rustic dish originally served as breakfast for farmers or workers who had to power through dusk-to-dawn hard labor on the vast paddy fields of Vietnam. Although it is true that all Vietnamese people know of pho, and the dish transcended beyond the nation’s geo-cultural differences to become the national dish, there are thousands of other yummy dishes that are specific to different parts of the country.

There is so much more to Vietnamese cuisine than just pho, and the Western media just happened to give pho a little too much limelight, so other dishes simply go unnoticed despite their merits. One Vietnamese dish that can compete with pho in the hipster popularity game is banh mi (also known as Vietnamese baguette or Vietnamese sandwich). Banh mi was listed as one of the world’s best street foods by the Guardian a few years back, and it definitely deserves the title. Despite being heavily influenced by the French baguette during the time the country was colonized, Vietnamese baguette slowly morphed to suit the taste of the majorly agricultural population. Contrary to pho which is purely Vietnamese in appearance and at heart, banh mi as a street food has more fusion of eastern and western elements. For as cheap as 75 cents you can have a standard original banh mi in Vietnam with peppered pork liver pate, Chinese Char siu, Vietnamese sausage (chả lụa) and an extravagant amount of veggies (cilantro, cucumber and pickled carrots and daikon, or other herbs that are distinctively Southeast Asian) all packed in a crunchy-crusted, airier version of French baguette.

Pho can vary across regions, but banh mi can even have different forms within the same town. There is burning hot chili pepper for those who want to spice up their life, shumai (Chinese steamed dumplings) for those who crave a trace of Chinese flavor, sardines or omelette with soy sauce for those in a rush or on a budget, or minced barbecue pork. Banh mi reflects the epicurean sensibilities of Vietnamese people as well as their creativity and preference for simplicity. They are always served to go, wrapped in recycled paper. Banh mi adapts to different people’s lifestyles and preferences while reflecting the characteristics of local cultures.

If pho is an integral part of Vietnamese cuisine and culture in that it preserves the original essences of the dish despite geo-cultural and historical changes, then banh mi represents the other aspect of the culture that is flexible, adapting and resilient.

To me, though, banh mi is the new pho!

I have tried banh mi at different Vietnamese restaurants in the States and they were all a joy to eat. As already known to the food-minded students on campus, they do sell banh mi at Twisted Soul and even though their banh mi didn’t taste 100% authentic to me (who grew up eating my city’s versions of banh mi), who can determine how a banh mi should be anyways?

Just one more thing: the correct spelling of the dish is ‘banh mi’, not ‘bahn mi’ as you may have come across on some websites or even restaurant menus.

If you haven’t tried it yet, run to Twisted Soul and see for yourself how great banh mi can be!